Our last night at Greymouth was spent at the freedom camping area just over the Grey River. We thought we would be the only ones there, but a camper van pulled in after night fell. There is a dump station there and we emptied our black and grey water. During the grey water disposal the flexible hose decided to split, thankfully after the black water had been got rid of. What a disaster we had on our hands. A trip back over the bridge and some enquiries and we had a new hose. Disaster averted.

So it wasn’t till nearly lunch before we left Greymouth and headed north. Short stop at Punakaiki to do the tourist thing and see the pancake rocks and blowholes before stopping at the freedom camping spot at Fox River. The small area there filled up as the afternoon and evening progressed until the camp was full. In the morning a food trailer arrived and we wandered over to see what was available for the small amount of cash we had on us. We purchased one Bacon and Banana Pancake stack for $10-00, split it between us and devoured it. It was delicious and one was enough for us both. The same advertised pancake at Punakaiki was $20-00. 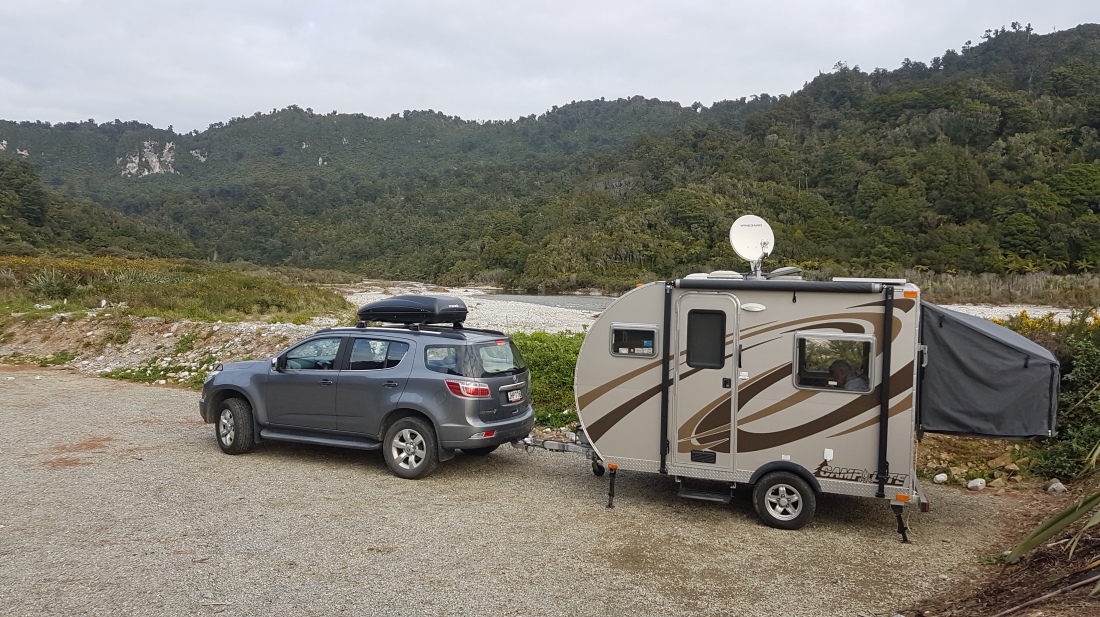 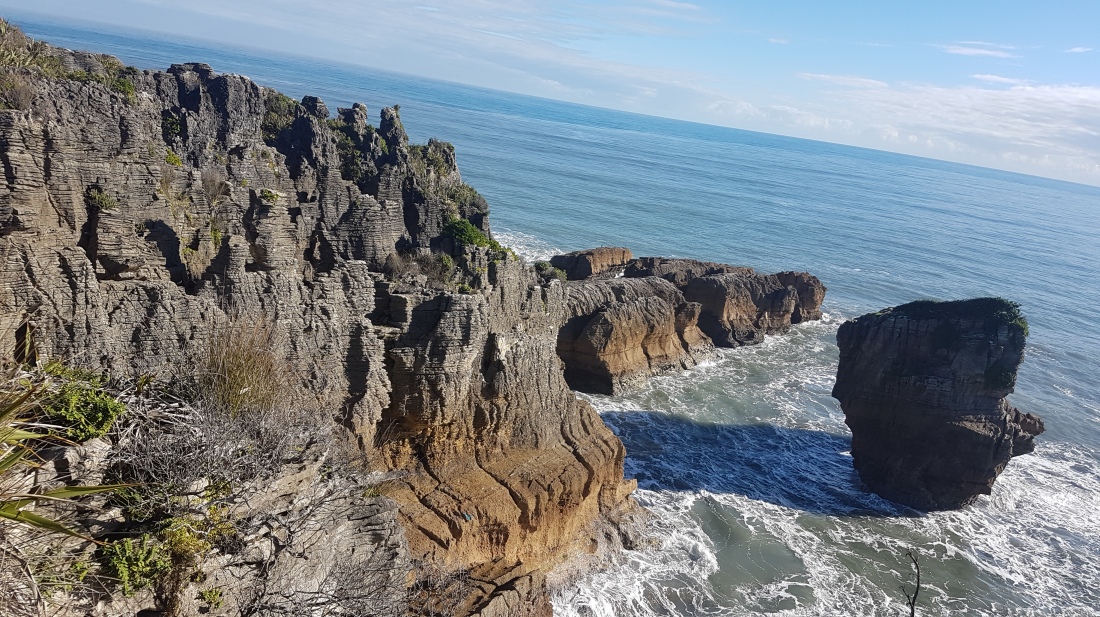 Next stop was the NZMCA Camp at the beach at Westport. We stayed three nights while we explored Westport and surrounding districts. Did a few walks, tried a couple of coffee lounges and checked out the river mouth, and fishing boat harbour. At the river mouth is a nice trailer and boat where we  got a hot chocolate and there are several plaques commemorating fishermen that have lost their lives crossing over the river bar. Also a plaque for the men on the collier, Kaitawa, that left Westport for Auckland, hit the Pandora Bank off the top of New Zealand and sank with the loss of all  hands. I believe the Kaitawa was not fitted with either radar or depth sounder. The bank stretches out into the Tasman Sea for some distance and sailing blind at night, and maybe in bad weather it hit the bank, its load of loose coal destined for the sugar refinery at Birkenhead shifted and the ship rolled over and went down. All 29 died and only one body recovered. I was involved in a minor way on HMNZS Inverell with the search for the wreck, so have a personal interest. 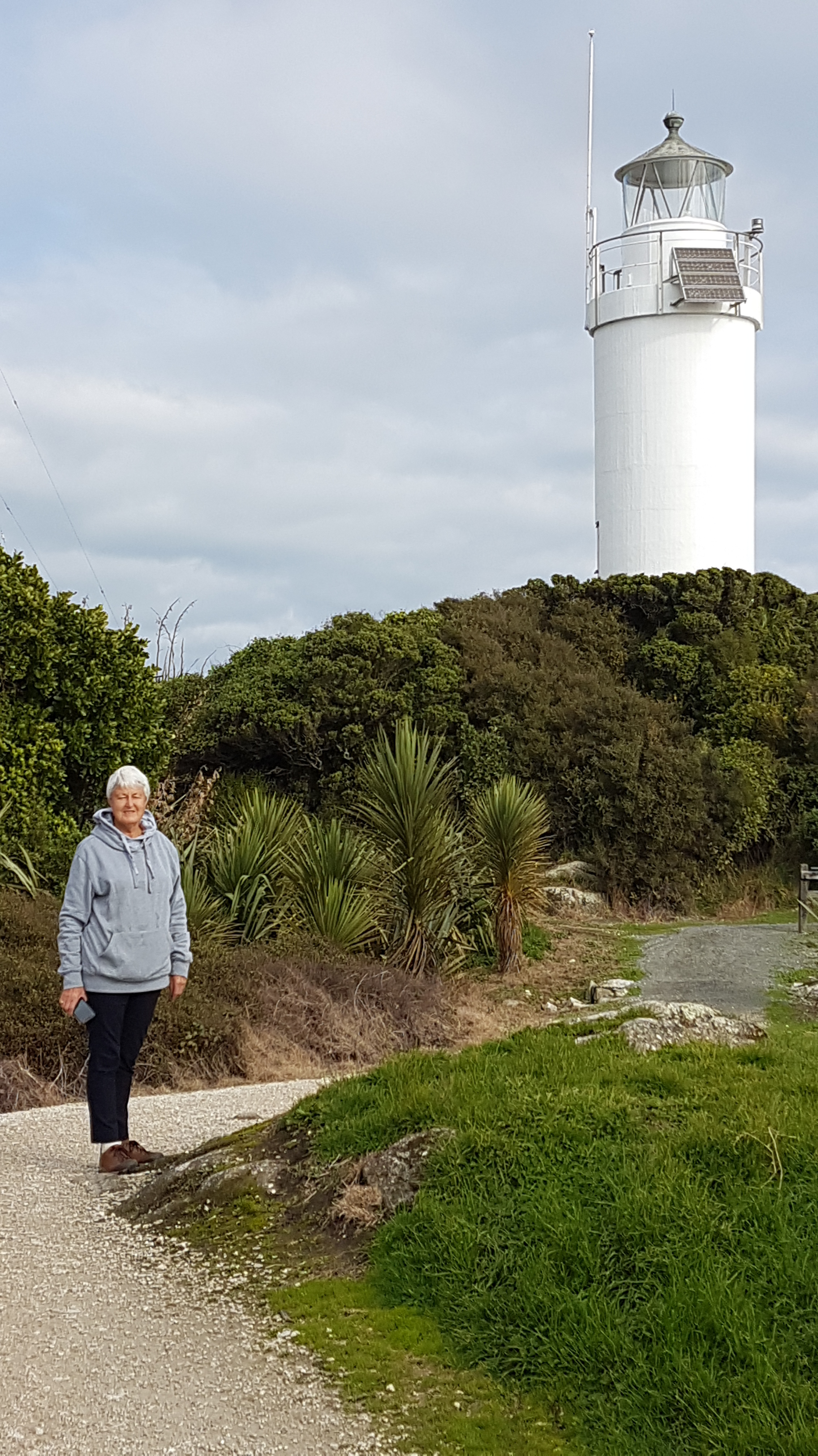 Judy at the Cape Foulwind Lighthouse. After this we paid a visit to the seal colony just over the hill  from here. There were several young seals present.

Monday we headed on up the coast in some real West Coast rain with the wipers on full bore. By the time we reached Mokihinui the rain was easing and we left the caravan in the camping ground. $25-00 with power, showers free, laundry $3-00 with drying $2-00. And on over the hill to Karamea passing two cyclists peddling uphill. We had a couple of sightseeing diversions on the way and passed them again a couple of times. We arrived at the start/finish of the Heaphy track and did a short trip up the track. I think those cyclists were heading for the track and so I suppose they are now well into it. I wonder if ebikes are allowed. Might be one way I could do it. Today we had a longer walk down the Old Ghost Road here at Mokihinui. It’s a community project finishing at Lyall 84 km over the mountains. 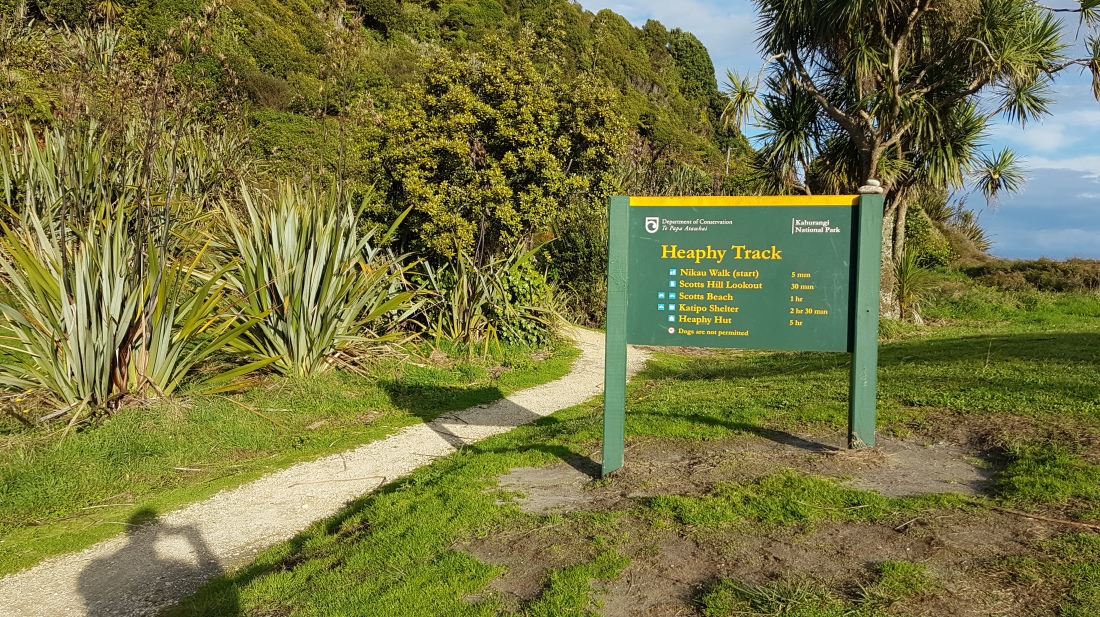 The start//end of the Heaphy Track. 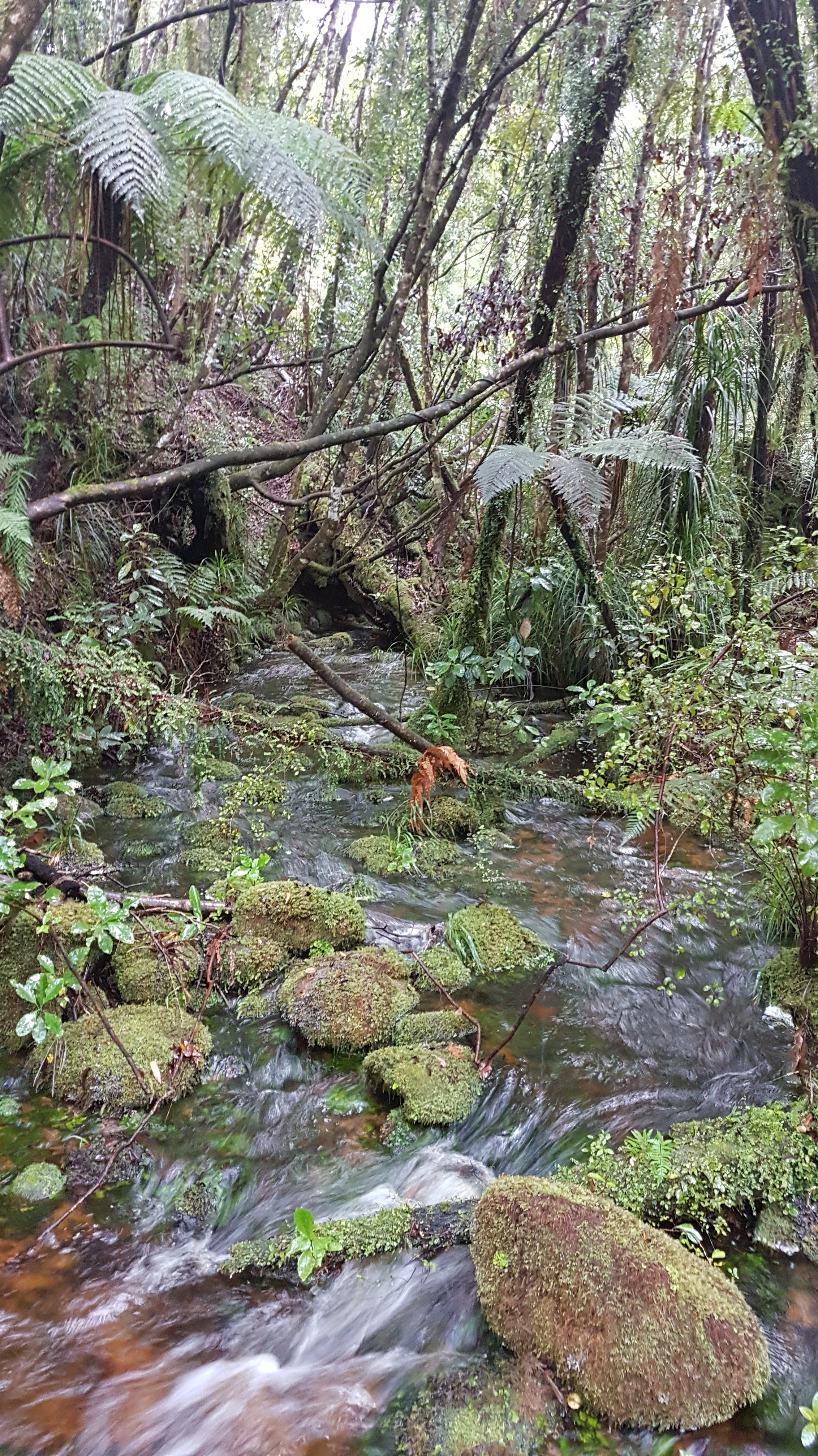 Small stream along Old Ghost Road. Swollen with rain. Note the abundance of vegetation typical of the West Coast bush.

One thought on “Mokihinui”