We are slowly creeping down the East Coast of the South Island, New Zealand, and have stayed in some great places. Four nights in Ashburton, two at CAP 7768. A good stop with loo, and washing machine. Robbie, the host is very friendly, even inviting us into his home for a final morning tea before we left. We then went to the southern side of Ahburton (7775) for another two nights. The stops are very different but the host here, Rick, made us very welcome also. This stop has a covered area for happy hour etc and the parking area is covered in  metal. So all weather.

From Ashburton it is a short drive to the Ealing NZMCA Park. Lovely grassy area with a converted  school room/church. The park is dedicated to the McKenzie family, of the McKenzie Shop fame and the McKenzie Trust, who used to live in Ealing. 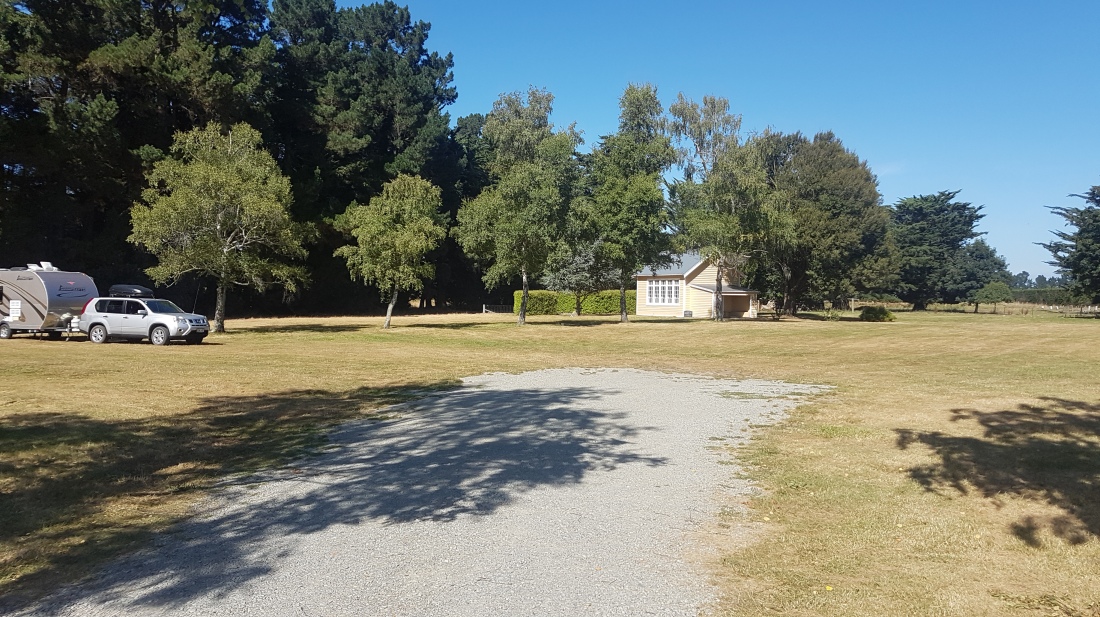 A generator can be connected to the building for lights etc.

A couple of nights here and then down to 7932, the Old Seadown School just north of Timaru. The school is now in private hands and the buildings have been converted into a comfortable home. 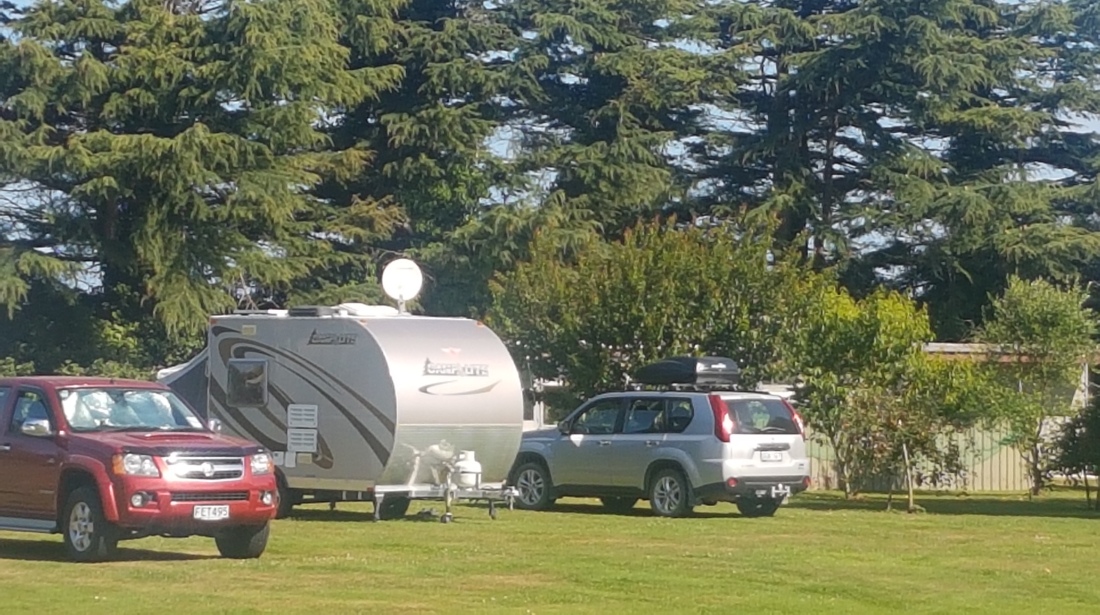 Lewis, the host came out when we arrived to welcome us and inform us of all the amenities. There is a toilet, shower, washing machine and fresh water. We plan on moving tomorrow, (8th Feb), after three nights. We will miss this place.

We took a trip into Timaru for a good explore and also down to  the Opihi  river. There were several banded dotterels and a pied stilt on the stoney river banks. 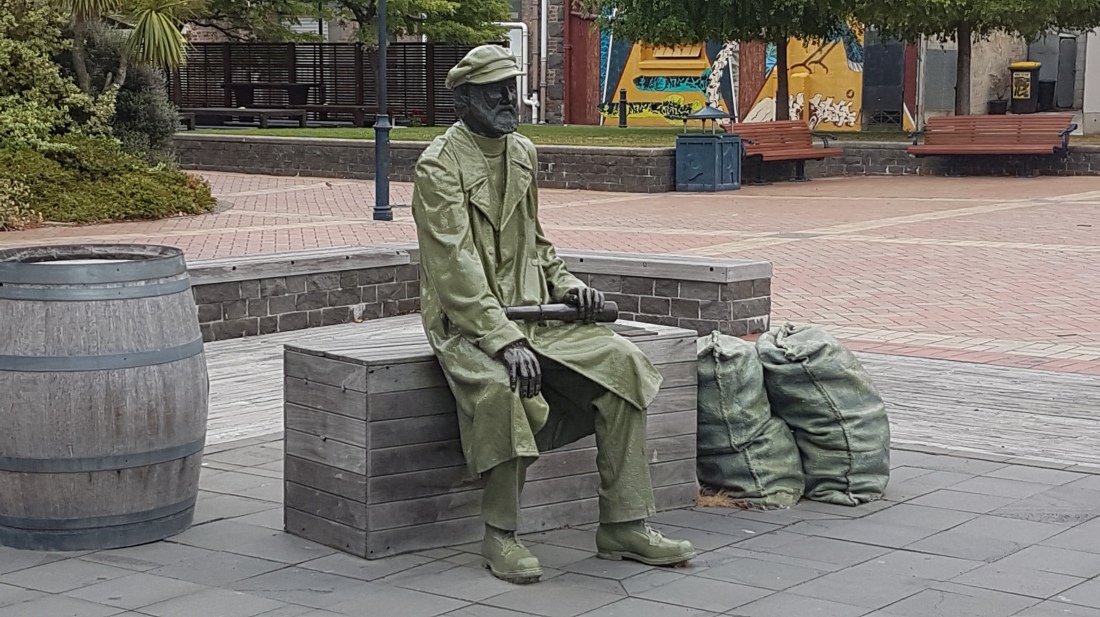 Seen near the information centre. This sculpture is of Captain Henry Cain, born 1816, went to sea aged 13 and settled in Timaru in 1857. He was a prominent business man and Mayor of Timaru. He died in 1857, poisoned by his Son in Law. 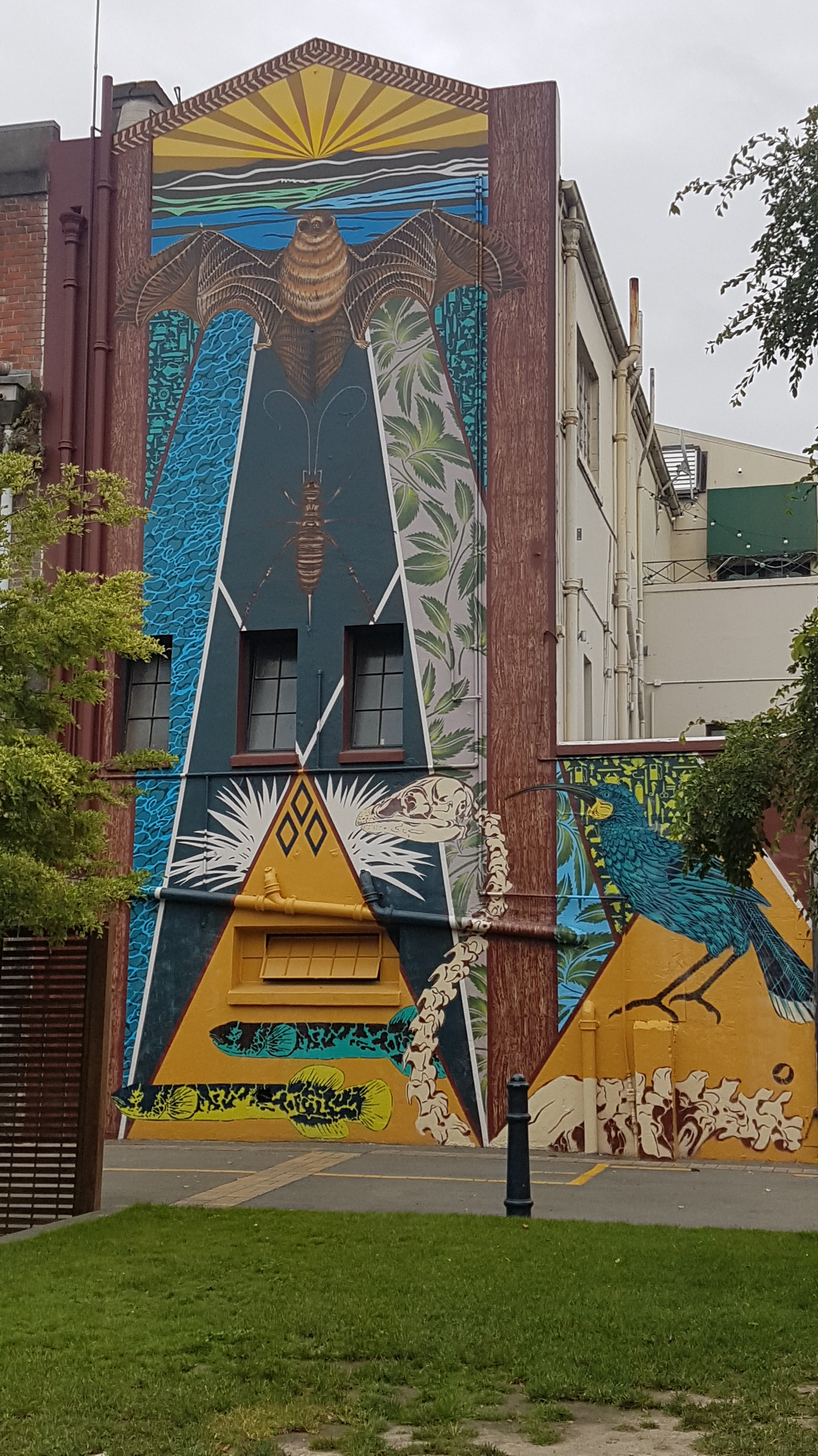 A mural also sighted at the information centre.

Timaru is a nice city sited on some rolling country side with plenty of character. Apparently there was a fire in the early days which meant that all the larger buildings were constructed from stone.