If you are traveling between Masterton and Eketahuna, Mt Bruce is a must stop destination. It is a National Wildlife Centre run by the Dept of Conservation. It has a predator proof fence along the roadside but not round the whole perimeter. It has some well formed tracks running through the bush and Judy and I took the track that went to the summit and return. By the time we got back my legs were like rubber and so we retired to the cafe for a well earned flat white coffee.

These kaka were more than a little pest jumping onto the tables and stealing food from the plates. Good to see them though as they have been reduced in numbers to be at risk of extinction. They need a predator free environment to breed and Pukaha have done a remarkable job of breeding them.

One of the man made nesting boxes for kaka. They çome in various shapes. The entrance is at the far end well above ground level. Most of the boxes are high in trees.

Trap for stoats, weasels and ferrets. They enter opposite end, walk on the trap and bang they are dead.

Trap for rats and stoats etc. The trap is charged with compressed gas, an attractant is placed in the upper part. There are smaller versions for mice and larger ones for possums. The preditor climbs up the tree, puts his head into the trap. A piston drives through its head and is retracted. The animal falls to the ground dead and the trap is reset. 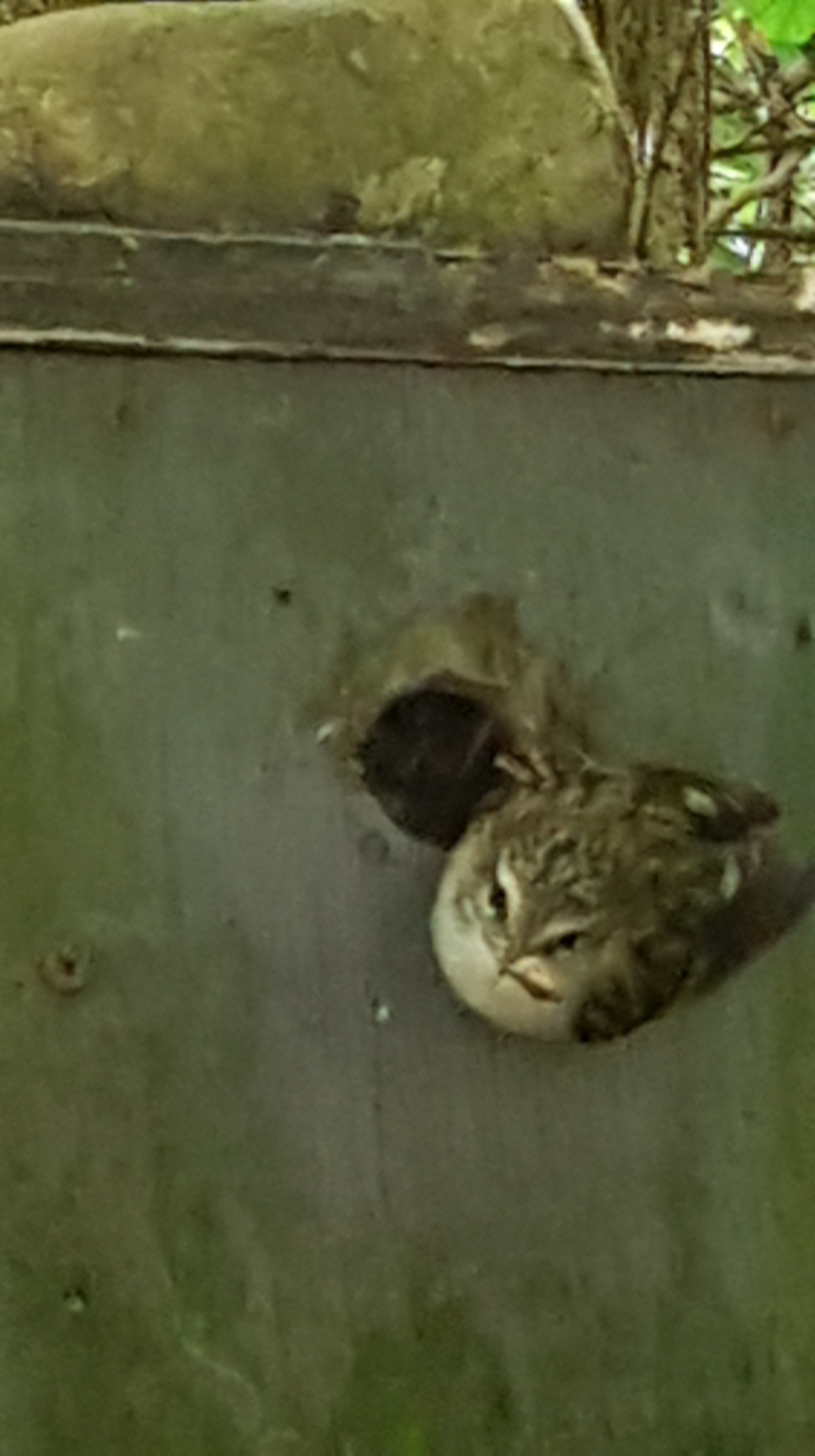 Two pictures of the rifleman at its man made nest box. The box was situated at eye height and only about 8 feet off the track. The rifleman is New Zealand’s smallest bird. Note the very short tail. It flitted round from perch to perch before getting to the nest and feeding the young. Both parents brood and feed the young.

This kokako has been hand reared and could not survive in the wild. Pukaha do a remarkable job of rearing at risk birds and releasing them throughout NZ. They have a very successful kiwi breeding scheme.

The ragwort weed seen round the track. This one has caterpillers of the cinnabar moth. The moth was introduced to NZ to combat ragwort. Not sure of its success.

This fungus was seen on a dead tree. No idea what it is but interesting.

Sorry not a great photo but there are long finned eels down there. These eels are endemic to NZ and are under threat. They are harvested for sale. They live for up to 100 years and can grow to be 2 metres long before travelling to Tonga to spawn. They then die. The larger ones are the females. They feel blubbery when in the water. It’s not until they are removed from the water that they become slimy.

So if you’re down this way I can reccommend a visit. We spent all day.