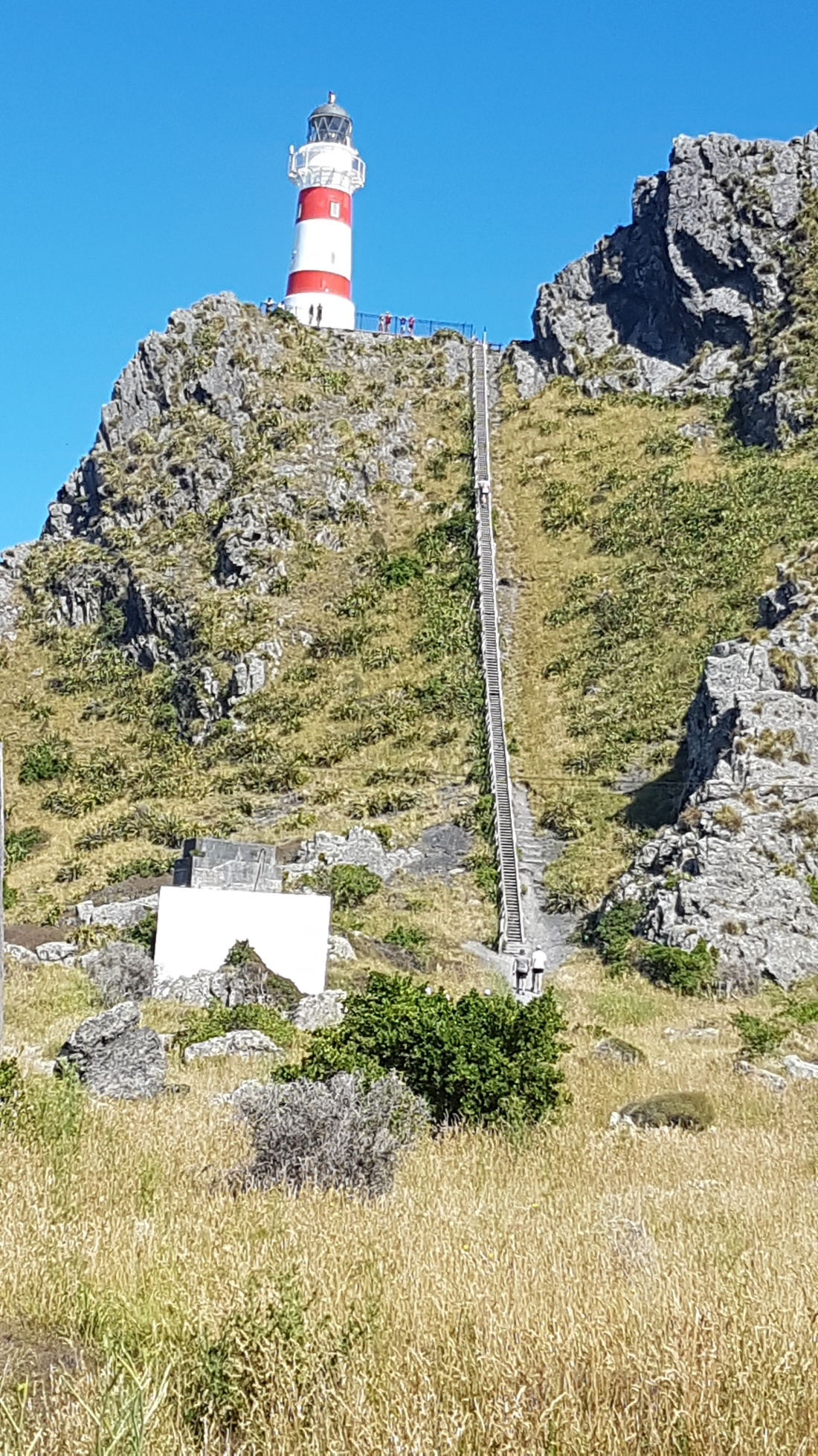 We found a lovely spot to spend the night in Masterton, the show grounds. Lots of mature trees, toilets, showers and washing machine. $10-00 a night for the both of us in our caravan. There were two other vans from the caravan club staying as well. In the morning we left the caravan there and travelled down to Cape Palliser through Martinville. Took us about 2 hours. Found some more caravan club members on the way and was shouted a cup of tea and biscuit. Thank you Raewyn. Arriving at the lighthouse there were 252 steps to the top. We all made it even if some of us had a few stops along the way.

The lighthouse is constructed in cast iron and is 18 metres tall and 78 metres above sea level. It has a 1000 watt lamp that can be seen from 26 nautical miles (48 km). It was fully automated in 1986 and stands at the southern most point of the North Island New Zealand. 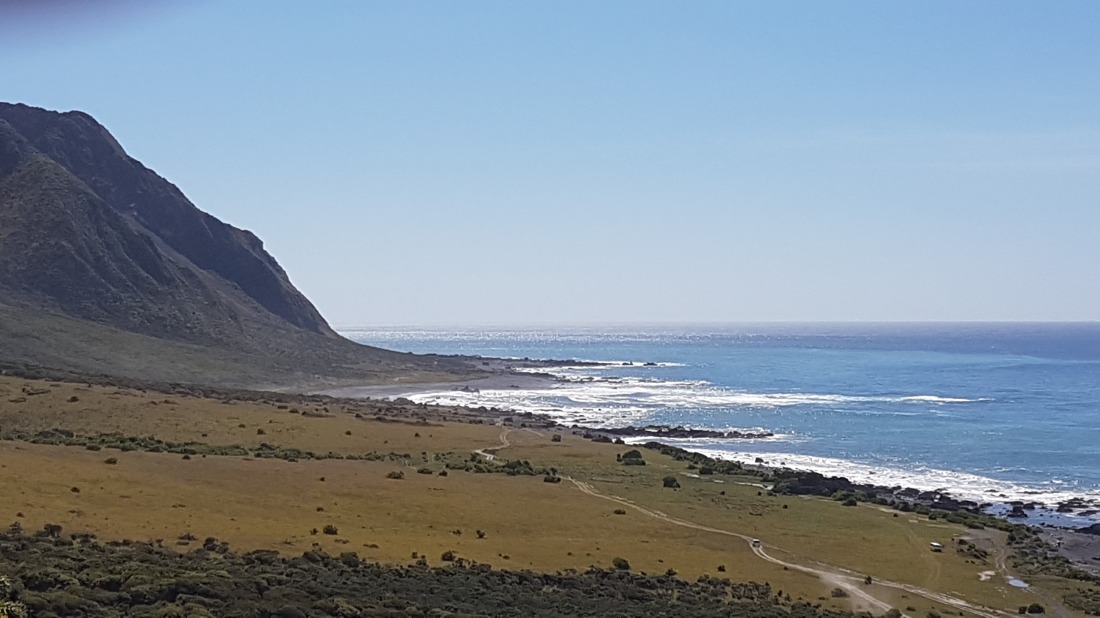 View eastwards to the Pacific Ocean 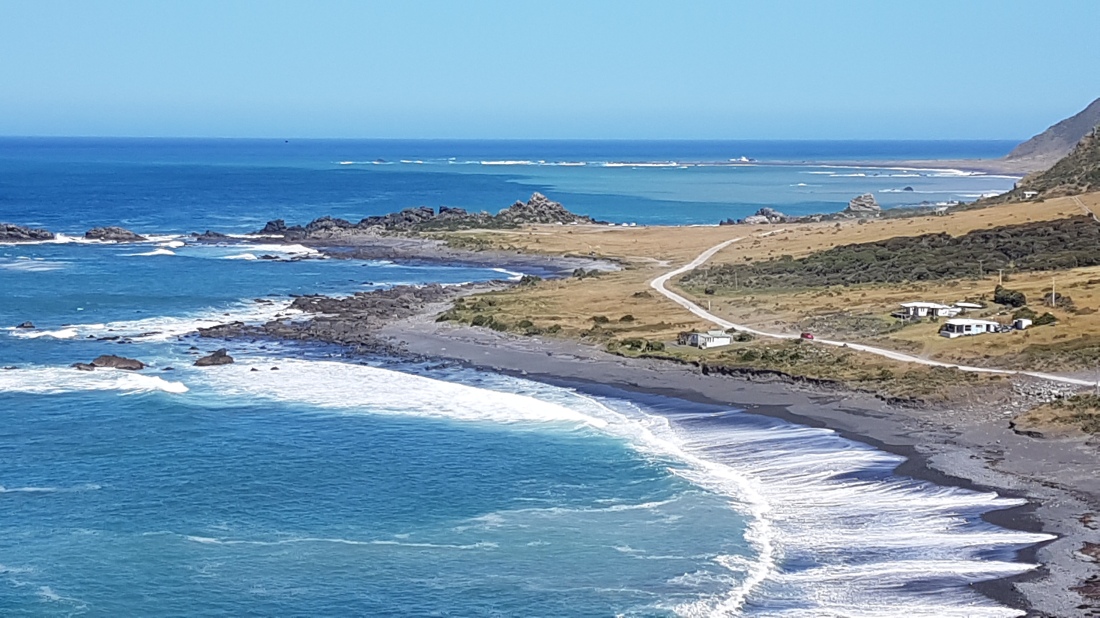 View westwards into the Cook Strait. 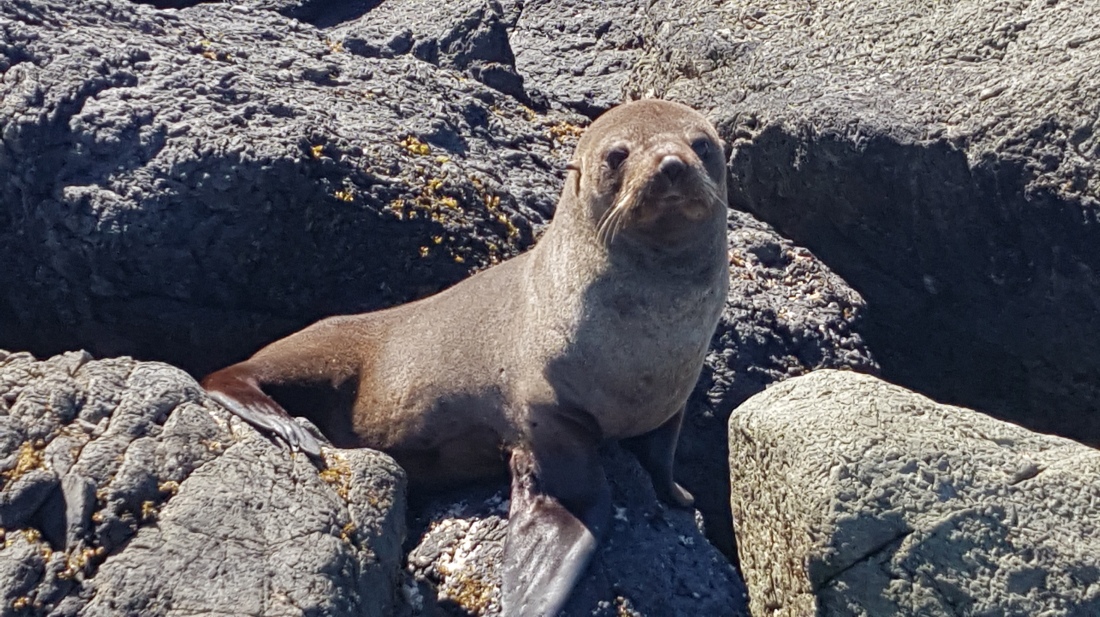 One of the natives. A fur seal. The Cape has the largest seal colony in the North Island. 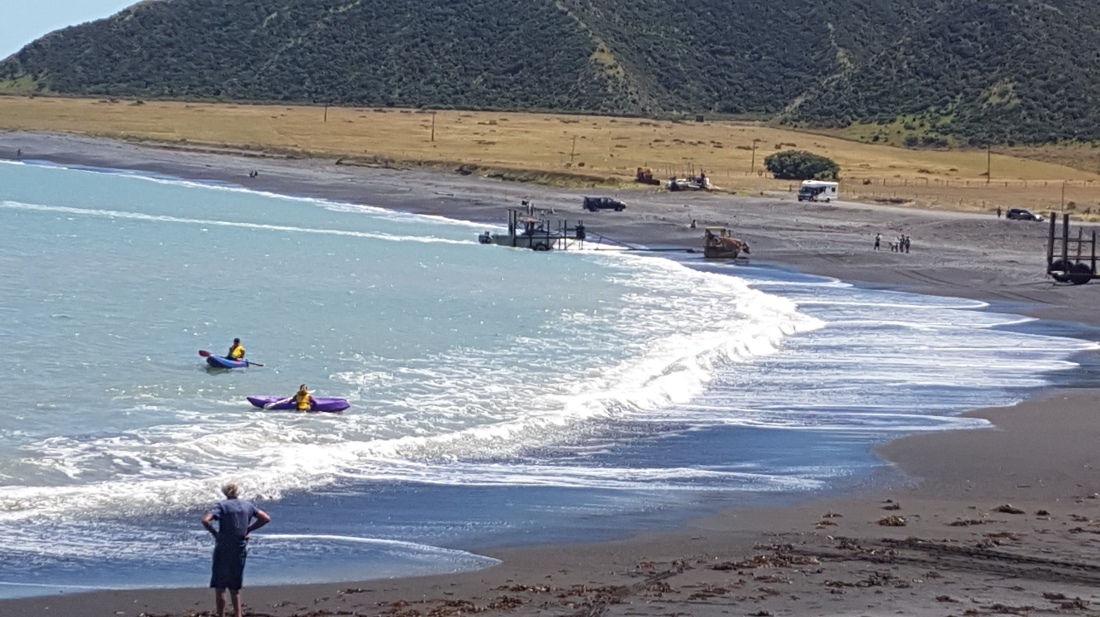 Retrieving a boat at Ngawi. Note the bull dozer and very long draw bar on the trailer. It was pretty to watch. Not the first time the skipper had driven his boat onto the trailer. We bought some fish and chips and ate them while we watched. 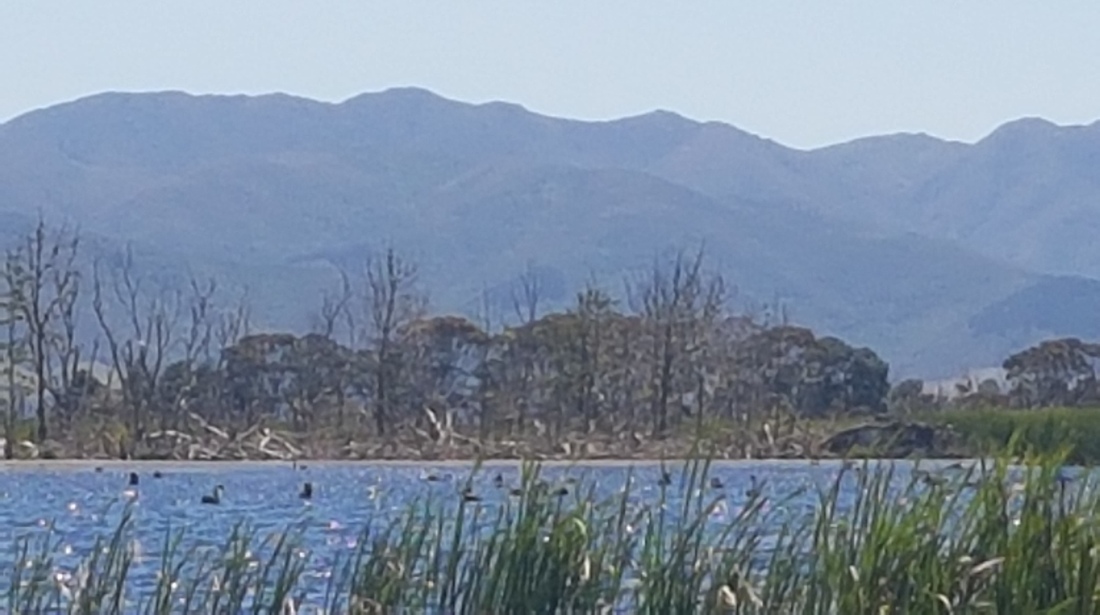 From Ngawi we drove to the wetlands by Lake Wairarapa in the hope that we would see some birds. We walked in 1 1/2 km to Boggy Pond Bird Hide. Nice walk but only saw black swans, a pukeko some shags, and one dabchick.

From there we travelled to Featherston where we had a milkshake and back to our caravan. We had a shower and did the washing. All dryed and put away now. Car very dirty will have to clean it before we travel over Strait next Friday.